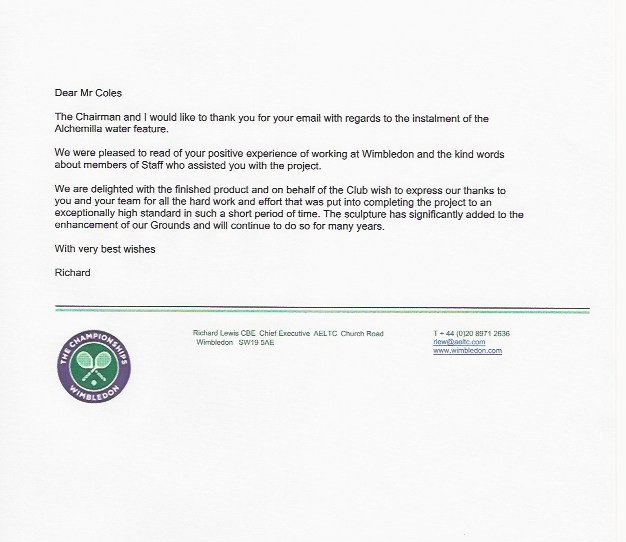 “Richard Coles and his team have helped us with two separate projects.  Unlike most people who probably anticipate building projects with dread, we can honestly say that it was a pleasure to deal with everyone in Richard’s team.  Richard kept in regular touch, his staff are professional, tidy and pleasant to have around.  The main project, a pool house, was completed to an extremely high standard and will give our family and guests many years of pleasure.”

“We contacted Richard having seen and admired his work locally. Richard provided us with a comprehensive quotation detailing every stage of the build, and kept us fully informed at all stages with regular site visits and status meetings.
Richard and his workforce were highly skilled, personable, trustworthy and a pleasure to work with. They liaised with us throughout the process, managing the project to an exact timetable, coordinating the other trades involved and problem solving if required.
We would highly recommend Richard and his team to anyone considering having building work completed and can be contacted either by phone on 01306 627066 or we would happily show any perspective clients our house to illustrate first hand what great workmanship they can expect.”

“I am so delighted with my new kitchen …, am very pleased with the new lights and I am sitting at my kitchen island typing this and having a cup of tea.

…I can’t thank you enough, but particularly Steve who has met each challenge along the way and resolved them all. I will miss having your lovely singing voice coming from the kitchen but pleased that you no longer have to make the terrible traffic filled journey anymore.

“Richard Coles has now undertaken 3 building projects for us.  The last a complex extension/integration with old farmhouse.  Richard uses excellent tradesman and is attentive and resourceful when problems arise.  I would thoroughly recommend him for projects large and small”

“We appointed Richard Coles’ team to execute a large project involving the demolition of a single storey rear extension added to our sixteenth century barn in the early 1900s and the construction of a high tech, contemporary design drawn by Richard Ashby Partners. Together with the architects, we selected Richard because he came to the initial meetings very well briefed with detailed project management plans and armed with numerous questions!

Although the architects were retained to project manage, Richard’s team proved more than capable of management and our dealings with him on every aspect of the build were timely and thorough. He pursued tardy suppliers with the zeal of a terrier (a characteristic that is essential in this kind of project) and moved the trades through in an orderly sequence, proving his management skills.

We were delighted with the finished building which was nominated for a RIBA Award. We maintain very good relations with Richard and certainly would use his skilled team again if we undertook another major project.”

“We are delighted that our architect recommended Richard Coles for our new build project. Richard and his team were always helpful in guiding us through the project and advising. We were highly impressed by the standard of workmanship and attention to detail which exceeded our expectations. Everyone told us that having a house built was stressful. Richard and his team made it easy for us.”

“Down the many years since we first met and you renovated our house back in 1994, I have sent many e-mails to you both about complex problems and our thanks for the detailed and high standard of work that is the hall mark of both yourself and all who work for you. ” 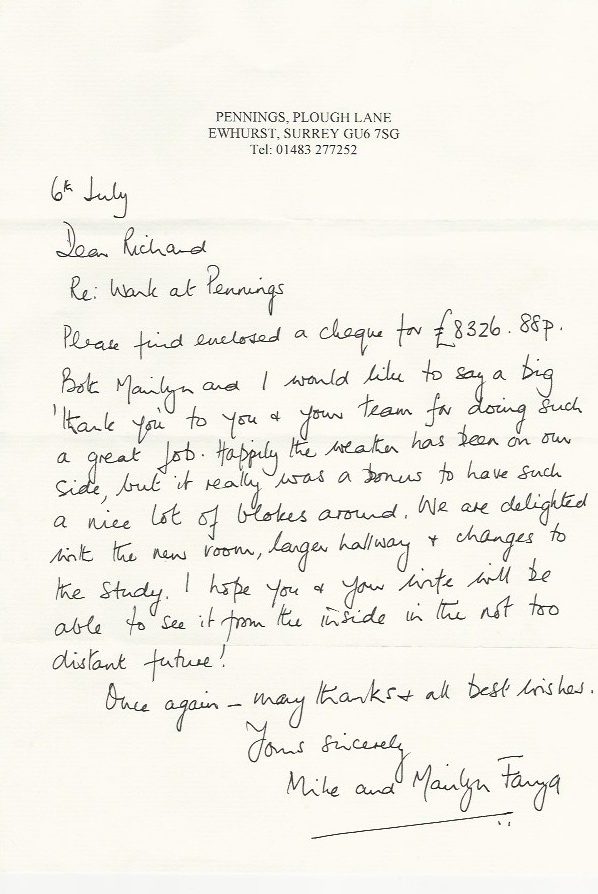 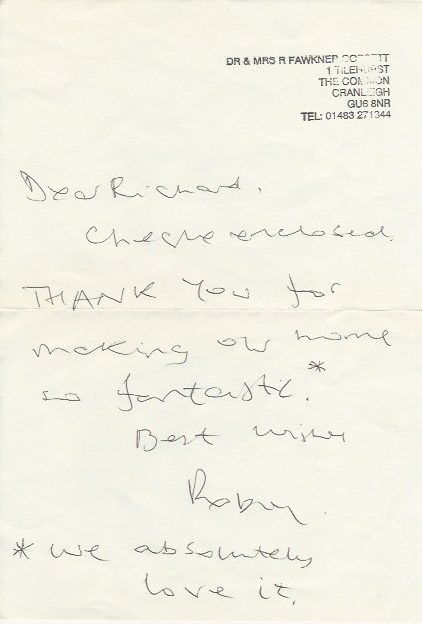 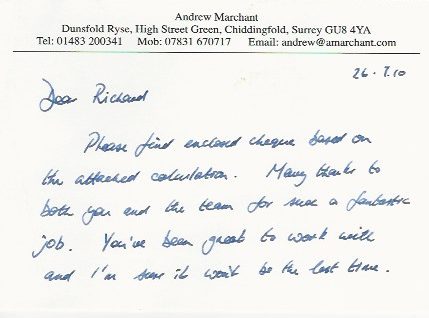 Our clients love the results, and so will you,